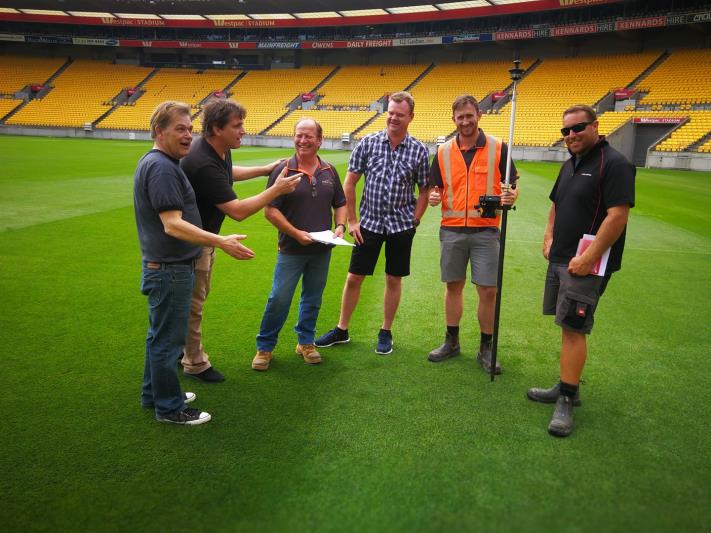 Porirua Chamber of Commerce member, Mexted Performance Sports Surfaces, is excited to be involved in the huge challenge of building a temporary ice hockey rink at Wellington’s Westpac Stadium this winter.

The Stadium will be transformed for one night only to host the 2018 Ice Hockey Classic between rival teams from the USA and Canada on 23 June – the first time an outdoor ice hockey game has been held in the southern hemisphere.

Mexteds and the Westpac Stadium grounds staff, along with refrigeration specialists, will have just 72 hours to build, freeze, unfreeze and dismantle the rink, to ensure the turf isn’t harmed, meaning the Mexteds’ crew will be working through the night, both before and after the event.

“It’s something that’s going to be breath taking”, says Goulet, though he admits hosting ice hockey at an outdoor stadium will have its challenges, including the weather.

Having worked on the venture for three months, Goulet’s full of praise for the ‘great team of people’, including the Mexteds’ crew, who’ll be making it happen, and is hoping it’ll lead to an annual ice hockey event at the Stadium.

The week before the game, Mexteds will lay a plywood floor and geotextile layer over the Stadium’s turf, and then install a layer of base material on top.

“The base layer needs to be spot on so the thickness of the ice is consistent and level,” says Cameron Mexted, the company’s general manager.

“We’ll use turf-tyred tractors and machine-controlled laser levelling equipment to place around 300 cubic metres of base material, before the refrigeration is installed and the whole area flooded and frozen.

Ice experts will lay 17 kilometres of piping, before 9000 litres of glycol – a coolant used to help the freezing process – is pumped in, followed by 37,000 litres of water.

The rink will be built at one end of the Stadium so fans will get a close-up view of the game.

Cameron Mexted says for him it’s a dream project.

“I spent three years in Canada, where I became a passionate fan of the Edmonton Oilers ice hockey team.”